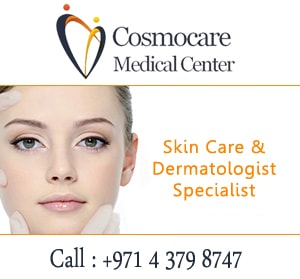 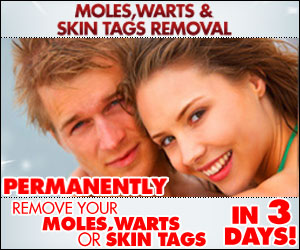 GET TESTED FOR EIGHT MOST COMMON STDs

HSV-2 infection is widespread throughout the world and is almost exclusively sexually transmitted, causing genital herpes. HSV-2 is the main cause of genital herpes, which can also be caused by herpes simplex virus type 1 (HSV-1). Infection with HSV-2 is lifelong and incurable.

Scope of the problem

Genital herpes caused by HSV-2 is a global issue, and an estimated 417 million people worldwide were living with the infection in 2012. Prevalence of HSV-2 infection was estimated to be highest in Africa (31.5%), followed by the Americas (14.4%). It was also shown to increase with age, though the highest numbers of people newly-infected were adolescents.

More women are infected with HSV-2 than men; in 2012 it was estimated that 267 million women and 150 million men were living with the infection. This is because sexual transmission of HSV is more efficient from men to women than from women to men.

Genital herpes infections often have no symptoms, or mild symptoms that go unrecognised. Most infected people are unaware that they have the infection. Typically, about 10-20% of people with HSV-2 infection report a prior diagnosis of genital herpes.

After an initial genital herpes infection with HSV-2, recurrent symptoms are common but often less severe than the first outbreak. The frequency of outbreaks tends to decrease over time. People infected with HSV-2 may experience sensations of mild tingling or shooting pain in the legs, hips, and buttocks before the occurrence of genital ulcers.

In rare circumstances, HSV-2 infection can be transmitted from a mother to her infant during delivery.

HSV-2 and HIV have been shown to influence each other. HSV-2 infection increases the risk of acquiring a new HIV infection by approximately three-fold. In addition, people with both HIV and HSV-2 infection are more likely to spread HIV to others. HSV-2 is amongst the most common infections in people living with HIV, occurring in 60-90% of HIV-infected persons.

Infection with HSV-2 in people living with HIV (and other immunocompromised individuals) often has a more severe presentation and more frequent recurrences. In advanced HIV disease, HSV-2 can lead to more serious, but rare, complications such as meningoencephalitis, esophagitis, hepatitis, pneumonitis, retinal necrosis, or disseminated infection.

Neonatal herpes is a rare but sometimes fatal condition that can occur when an infant is exposed to HSV in the genital tract during delivery. The risk for neonatal herpes is greatest when a mother acquires HSV infection for the first time in late pregnancy. Women who have genital herpes before they become pregnant are at very low risk of transmitting HSV to their infants.

Recurrent symptoms of genital herpes may be painful and the infection can lead to social stigma and psychological distress. These factors can have an important impact on quality of life and sexual relationships. However, in time, most people with herpes adjust to living with the infection.

Antivirals, such as acyclovir, famciclovir, and valacyclovir are the most effective medications available for people infected with HSV. These can help to reduce the severity and frequency of symptoms, but cannot cure the infection.

Individuals with genital HSV infection should abstain from sexual activity whilst experiencing symptoms of genital herpes. HSV-2 is most contagious during an outbreak of sores, but can also be transmitted when no symptoms are felt or visible.

The consistent and correct use of condoms can help reduce the risk of spreading genital herpes. However, condoms only provide partial protection, as HSV can be found in areas not covered by a condom. Medical male circumcision can provide men life-long partial protection against HSV-2, in addition to HIV and human papillomavirus (HPV).

Pregnant women with symptoms of genital herpes should inform their health care providers.

Additional research is underway to develop more effective prevention methods against HSV infection, such as vaccines or topical microbicides (compounds which can be applied inside the vagina or rectum to protect against sexually transmitted infections).

WHO response to Herpes (HSV-1 and HSV-2)

WHO and partners are working to accelerate research to develop new strategies for prevention and control of genital and neonatal HSV-1 and HSV-2 infections. Such research includes the development of HSV vaccines and topical microbicides. Several candidate vaccines and microbicides are currently being studied.

New estimates of the global numbers of HSV-1 infections and HSV-2 infections for 2012 have been released. New global estimates of neonatal herpes will be released in 2016.